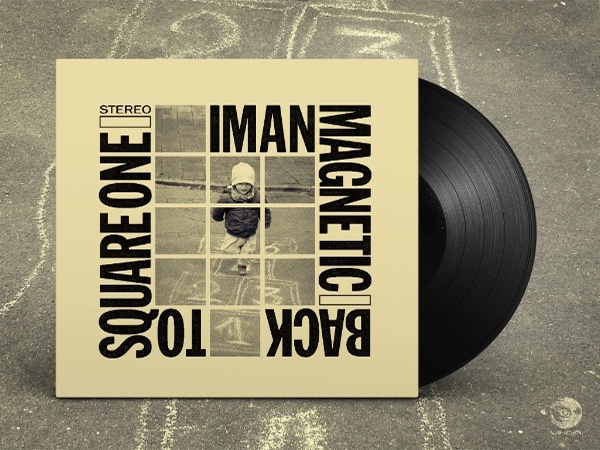 Iman Magnetic debuts on SpitFireHipHop with his new instrumental album, ‘Back to Square One’.

There are only a few stories of legends that came back to life. Vinyl Digital is proud and happy to announce bringing back producer Iman Magnetic from the legendary 90â€™s Hip Hop group Square One.

If you already were listening to Hip Hop at the turn of the millennium and not living under a rock, the critically acclaimed album Â«Walk Of LifeÂ» should come to your mind now. Released in 2001 this classic was a huge success in Europe, the UK and Japan.

Iman Magnetic blessed the album with some of the most soulful and soothing Hip Hop heard in a long time. Music that takes its time. Music that evokes different moods. But still very distinctly Hip Hop, down to the last beat drop. Organic beats. None of these hurried drum patterns that knock you off balance. Iman achieves the highest quality with the smallest quantity.

His instrumental album ‘Back To Square One‘ is featuring fresh remastered beat-patterns and leftovers from the years between 1997-2001 before the group split. Enjoy a breathtaking timewarp into the history of Boom Bap that will remember you of the times when the Hip Hop movement was at itâ€™s peak. Press play and think of DJ Premier, Pete Rock, Showbiz, J Dilla, Diamond D. and last but not least Square One.