Dallas producer/deejay, by way of Atlanta, RVNES is readily preparing for his full-length project due out early 2017. Exploding onto the scene with â€œToastâ€, RVNES taps on Young DolphÂ and Luke Nasty to make this release even more special. Both emcees are in a monumental stage of their careers. After releasing a slew of mixtapes, Dolph has just released his debut album King OfMemphis a week ago with rave reviews.

Fayetteville, North Carolinaâ€™s LukeÂ Nasty has just started to get on everyone’s radars. His single â€œMight Beâ€ is rising up the Shazam charts, with just over 1.5 million streams in the past week alone. Having both Young Dolph and Luke Nasty involved in the breakout single speaks volumes. Both are enthralled in their own machines working their respective projects, and taking time out of their busy schedules to work with RVNES shows immense upside to the production value. 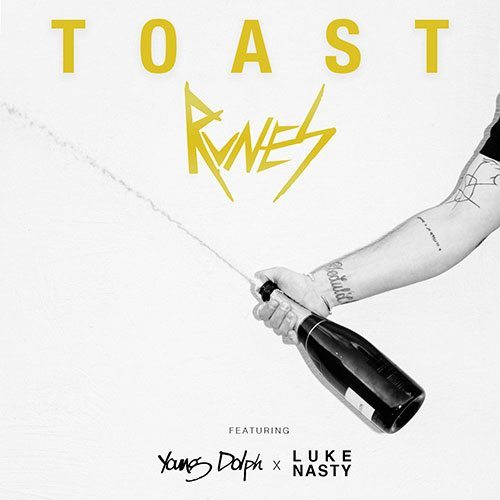