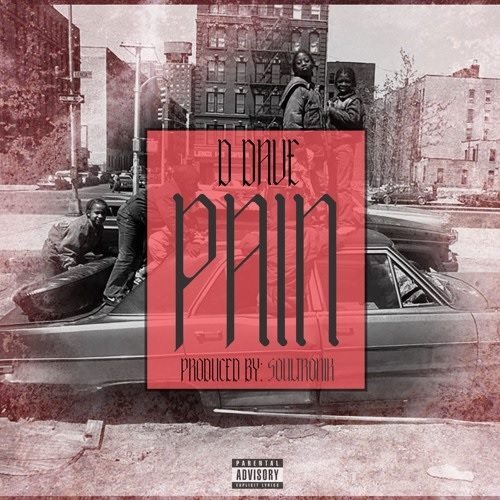 D_Dave debuts on SpitFireHipHop with this new single titled “Pain.”

In a musical climate saturated with extravagance, gimmicks and general unreliability, sometimes its nearly impossible to shift through the coal to find a diamond that can strike an emotional chord with the people. In steps Enterprize Entertainment’s D_Dave and “Pain” the first release from his joint EP with upcoming super-producer Soultronik titled “Soul Bap.”

Known for his gritty and straight edged delivery D_Dave switches it up a bit and gets brutally honest and introspective with lines like “facts didn’t have it I was poor/in a room with 3 kids I was sleeping on the floor” over a hard-hitting but soulfully melodic driven track, Anybody that’s been through the struggle will identify with and feel this one.