Dee-1Â getsÂ Lupe Fiasco and Big K.R.I.T. to jump on his “Against Us” remix.

Fresh off the enormous viral success that wasÂ “Sallie Mae Back“,Â which garnered close toÂ 7M viewsÂ collectively, stories byÂ Forbes, CNN, The Washington PostÂ & more and landed Dee his very first talk show appearance onÂ The Real,Â Dee-1 unleashes the remix to his double time hit,“Against Us.”Â The cameos come courtesy of long-time friendsÂ Lupe FiascoÂ andÂ BIG K.R.I.T. Premiered onÂ Sway’s UniverseÂ this morning, the song serves as a warm-up to the video which Dee plans to release on 4/18. There is one more thing about this remix that is super special, the 3rd guest appearance is none other than Dee’s grandfather, who celebrates his birthday today.

“I only collab with people I’m friends with, the rest of that stuff is fake if there’s no real relationship with the artists. I’m thankful my homies Krit and Lupe could come together with me for this one.. Compared to what’s out right now, this is hard. I hope everyone loves it like IÂ do.” The Nola emcee says.

New York media fans of Dee-1 will have the chance for a sit-down in the near future as he plans to be in the city fromÂ April 19-22.Â Big tings a gwan for this young man. 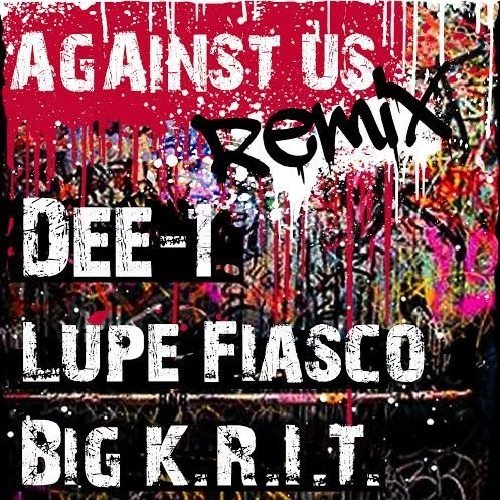