Carlos Ferragamo is back with this new single calledÂ “Another Shade of Blue”.

The Fall may be here, but Carlos Ferragamo is definitely on a hot streak. Earlier this month, Carlos won 1st place in Coast 2 Coastâ€™s video showcase competition. He has also appeared on multiple mixtapes throughout the summer. Recently Carlos appeared in the September issue of TNE Magazine and provided fans with an overview of what to expect from his upcoming album, “Shades of Blue 2.5 (Perfect Clarity).”

Carlos Ferragamo continues his winning streak with a new track entitled â€œAnother Shade of Blue.â€ The track provides the same excitement as an entrance theme for a heavy weight contender. Carlos provides quick jabs, no need for a radio hook. The kind of track that gives you goosebumps as he references Hip-Hop greats such as LL Cool J and the Wu-Tang Clan. Like grape juice tastes better as wine, Carlos is getting better with time. A legend in the making, but you be the judge. 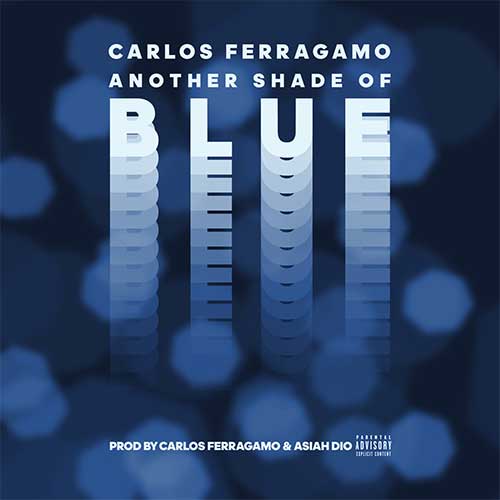