Jalen Santoy is back with this new single titled “No Peace”.

Two days following a fatal shooting of an unarmed black man in his hometown of Charlotte, North Carolina, Jalen Santoy releases his latest single “No Peace,” from his forthcoming EP “Charlie Eastern.”

Blood covers the pavement. Smoke consumes the air. Uncontrolled riots, disarrayed voices, and utter chaos has erupted in the city where Santoy spent his childhood. His roots are deeply implanted here as he also graduated from the University of North Carolina at Charlotte this past spring, a campus that sits only a street away from where the devastating shooting occurred and a place that has served as an early focal point of protest against the injustice.

“No Peace,” produced by Bink, exhibits Santoy’s effortless storytelling ability. Line by line, the single possesses a very transparent comparison to what is actually occurring right now in his own city. As an attempt to piece his home back together and do something about the all too familiar narrative, Santoy is calling his community and the culture to action. He leaves his people with the words, “I need peace in the city cuz the love will change you.” 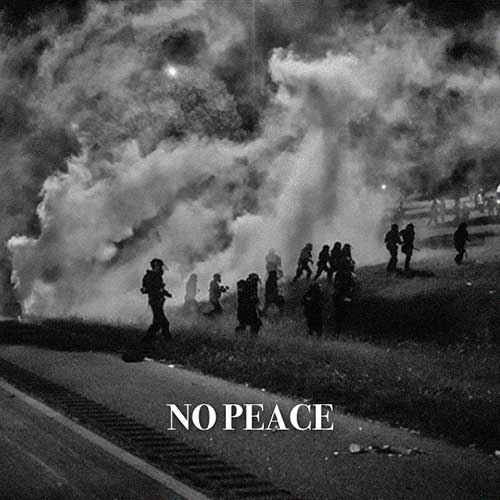