Pawz One and Robin Da Landlord drop off his new single titledÂ “It’s Like That”.

As Pawz reveals about the teaming ”Landlord and I linked up in 2015 while I was on tour in Europe. He had that vintage 90’s sound that I really love rhyming over. ”It’s Like That” is proof of that because I was just having fun in the studio dropping punchlines. ”Show and Prove” is more insightful of things going on in my life and in the world itself.” 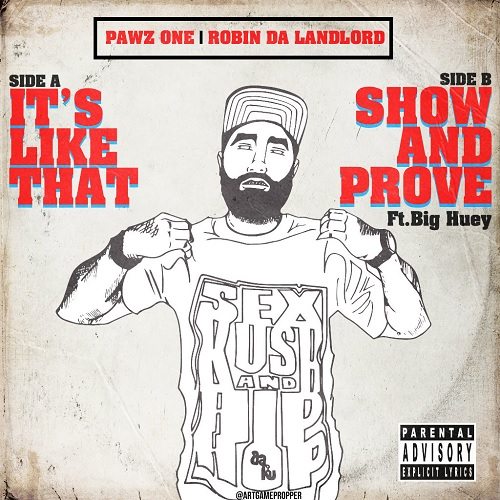