Between science and religion, there has been much heated debate over how the human race was conceived. Jamall Bufford and Magestik Legend of the once enigmatic hip hop crewÂ known asÂ The Black OperaÂ offer their perspective in the discussion with their poignant new single “Black Woman Is God.”

“With more questions than answers, [we] may not solve the case, but with everything happening to Black people in America, [we] hope to bring attention to the injustice by approaching it from a different angle. The fact that there are theories based in scientific truth that the Black Woman Is God should let us know that people of color deserve much more respect and honor. As the debate continues, so does the need for change in the police/Black American dynamic and how the repercussions (or lack thereof) are being handed out after acts of violence.” – The Black Opera

“Black Woman Is God” is the lead single from The Black Opera‘s forthcoming albumÂ African AmericaÂ (out November 11th), which will serve as the full-length follow-up to the collective’s lauded 2014Â release,Â The Great Year. 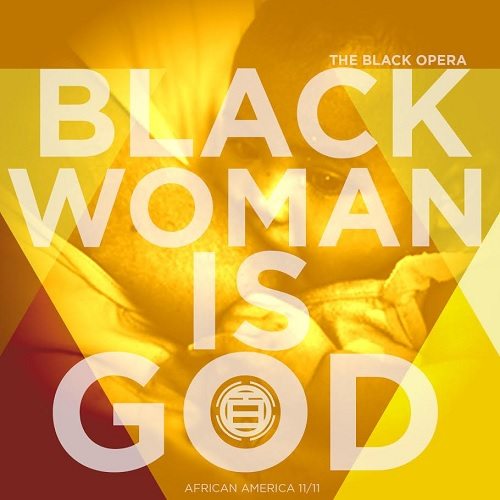