BeN ILLa is back with this new single calledÂ “Fly Mode”.

Did you catch Dave Chappelle’s television return and a live performance from Tribe Called Quest on SNL? Yes, strangely a climate change is definitely coming andÂ optimism is in the air. What a time to be making Hip-Hop music that represents the people andÂ the culture, fast-forward to this new banger from BeN iLLa andÂ Word featuring a slappin sample from none other than Tribe Called Quest andÂ who else, yup you guessed it, another E. Smitty banger. Sure to keep your heads ringing, BeN iLLa & Word deliver “Fly Mode” the next single off his fourth-coming album “Soldier Of The Universe Part 2”. Grab this now on #iTunes or your favorite online retailer. 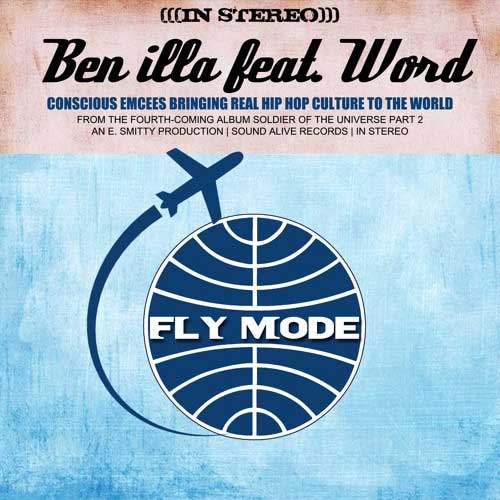