Joey B drops off this new remix toÂ “I’m So Fly”.

For week 5 of Joey B’s 16 Weeks 16 Remixes 16 Free Downloads “game” as he refers to it. The North Chelmsford, Massachusetts artist goes classic with Lloyd Banks “I’m So Fly” as his canvas. The MC gracefully touches on everything from personal successes to newer music, to how large his fan base has recently grown to be. It’s no shock Joey’s fan base and reach has been growing as he has been providing at minimum oneÂ free song per week for the past 5 weeks 2 of which include Joe Budden and Slaine and there is no stop for this trend anywhere in the near future.

Joey B always aims to inspire and unite and for ‘I’m so fly’ he did just that at the end of the song by reaching out to various groups of people who are currently in a panic during very tumultuous times in the Unites States “A shout to all my people white Mexican, Muslim, Black and Puerto Rican, Gay and Latina” (I’m sure that list extends much longer than the song allowed for) Stay tuned! Before you know it, Monday will be back and it will be on to the next for Joey B. Joey’s sophomore album ‘Closure’ is due VERY early 2017. You can follow Joey B on Twitter/IG/FB: @JoeyBHipHop. 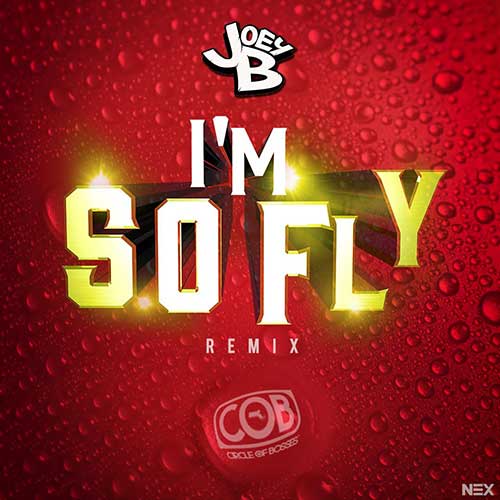