Tha Natural debuts on SpitFireHipHop with “Gave Me Life”.

Birthed in the streets and currently flexing in the boardroom, Houstonâ€™s own Tha Natural is putting in some major work to get his new single “Gave Me Life” out to the world. Louisiana native and superstar Kevin Gates is featured on the single. The track is produced by Kalani OnDaBeat. Tha Natural is preparing to embark on a national tour that is sure to bring him to a city near you.

“Gave Me Life” is a gritty yet beautifully told trilogy of imagery that takes us from Tha Naturalâ€™s childhood to an unfortunate, life altering event that occurred when he was only 18 years old. Every single set of lyrics youâ€™ll hear from Tha Natural includes true to life narratives of real events he experienced at some point during his life. From being incarcerated for over 2 decades, to becoming a successful businessman upon his release, Tha Natural has quite an interesting presence. His unique allegory and use of symbolism meshes well with his amazing storytelling abilities, to bring his raps alive for his listeners. 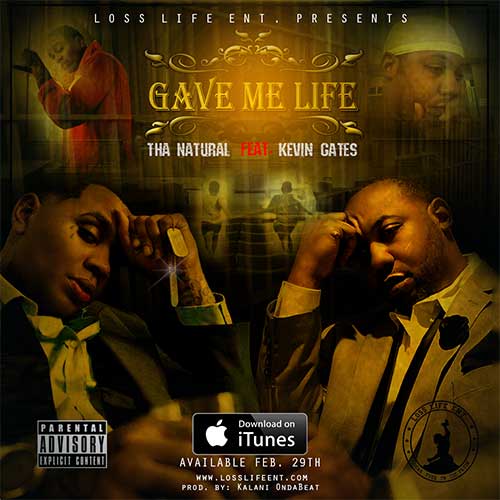