Ricky BatsÂ debuts on SpitFireHipHop with “Not A Problem”.

Coming out of New York City is Bronx rapper Ricky Bats. If you’ve never heard of him it’s time to get familiar. Born in the Bronx but spending much of his adult life in prison, Bats has entered the music industry by storm. In just two years he’s released two mixtapes titled “Bronx Born Prison Raised Vol. 1 & 2” and an aptly titled “Freedom” EP which was released the day he got off parole.

Bats’ has several artists under his movement called the Gotham City Boys and they are currently wrapping up their debut album “The Rise of A City” to be released in January 2017. As that project receives its finishing touches, fans can always catch new fire tracks from Ricky Bats and The Gotham City Boys on his website RickyBats.com. Let me introduce you to some brand new heat “Not A Problem” featuring Gotham City Boys’ own Truly UrzZz & Whipsers produced by D Blocks own @dayzelthemachine. Dayzel also produces & enginers for Roc Nation own The Lox. 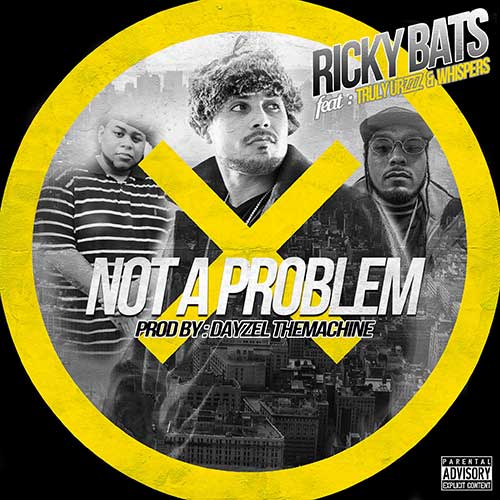