Street ExecsÂ continues to be the home for birthing some of today’s top industries influential artists fromÂ 2Chainz,Â Young Dolph,Â Travis Porter,Â Cap1, and many more. NowÂ Street ExecsÂ have turned their attention to one of Atlanta’s very ownÂ Landstrip Chip. Working hand in hand atÂ Street ExecsÂ StudiosÂ over the last several monthsÂ Landstrip ChipÂ has been working like a mad scientist with some of Atlanta’s top artists and producers to create some new music that his fans have been anticipating and do not fearÂ Landstrip ChipÂ fans you won’t be disappointed.

With the release of his new track “Been The Same”Â Landstrip ChipÂ is another prime example of the impressive music scene from the city that continues to be the home for some of todays hottest songs. With the help of companies such asÂ Street ExecsÂ ATL will continue to rule the Southern Hip Hop scene with impactful artists by giving them a home and place to create the music we all know and love.Â Listen toÂ “Been The Same” below. 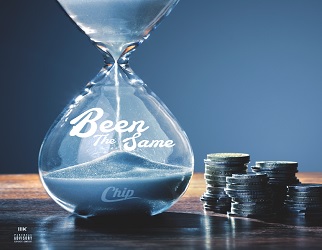