Zoe has released three albums and each attained top ten status on the US Rap charts; with his 2009 album, Donâ€™t Feed Da Animals, topping the charts.Â  After much anticipation, the sequel to that chart topping project is finally here–and it certainly was worth the wait.

Donâ€™t Feed Da Animals 2 is classic Gorilla Zoe, as it is filled with infectious rhymes and hooks while covering a vast array of themes, from drug dealing, money making, partying and being about that life.Â  After releasing his first single, â€œSo Many Drugs,â€ Zoe is back with a new single, â€œSwitch, and has offered it as an instant-grat track with the purchase of Donâ€™t Feed Da Animals 2. 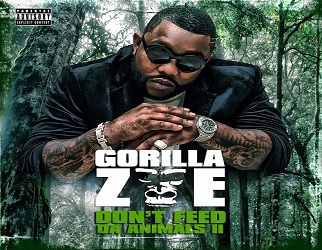