Just in time for Mother‘s Day, St Louis hip hop artists Ju and Tef Poe join forces to deliver a heartfelt tribute to their leading ladies in the record “Very Special,” produced by Blair The Machine. The record, which will appear on his upcoming mixtape,Â New Levels, New Devils,Â describes the special bond between a mother and a child and the sacrifices she makes for her family daily.

“Very Special” follows Ju’s most recent release, “Do Yo Thang“ featuring King LosÂ and the single follows Tef Poe’s project, Black Julian. NextÂ week Ju is expected to drop the visual toÂ “Die Young” featuringÂ Eearz, which appears on his upcoming project,Â The Revial, scheduled to drop this summer. Prior to dropping his next project, Ju plans to drop the mixtape, with features fromÂ King Los, Teff PoeÂ andÂ more. 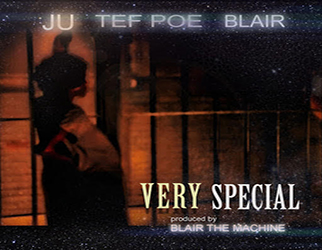