As we wait for Lando Chillâ€™s new album â€œThe Boy Who Spoke To The Wind,â€ we get another look at his musical stylings. The single â€œNo Pazâ€ features Lando Chill painting a haunting image of his world as childhood chimes ring in the melody. Musically distinctive, the song draws influences from all corners of the world. Percussive drums rattle over ethereal synths. But the message is blunt force trauma.

‘No Paz‘ (“No Peace”)Â is a musical & social juxtaposition – one that details the weight pressed upon people of color by the police through violence & mass incarceration; against the defiance, & beauty of the struggle against our oppressors, whether systemic or overt. the view in which we see the world, there is no peace, just dead black and brown bodies strewn out in the streets like trash to the people in power,” says Lando. 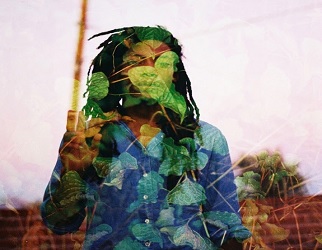