Atlanta Rapper Manny Major is making major waves in the A with the producer who brought you “Big Sean – Moves” member of 808 Mafia with this slappin production entitled ‘808‘ featuring Hugh The Don. On May 23rd Manny Major will begin releasing the body of 50+ songs he has recorded with the 1st installment a free album entitled ‘Crossroads’ as Manny ventures deeper into the music industry. Manny believes the only way to truly make it in the music business is to pave your own way & build your own wave/legacy. 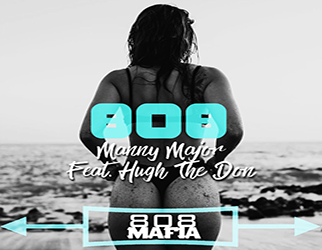