Fresh off his B.E.T debut with the smash hit ‘Black Hoodies’ which is also currently in heavy rotation and receiving heavy accolades on Music Choice.Â P’cise releases his remix of Future’s ‘Mask Off‘ called ‘Lessons’. Dropping a mixtape to precede his major release VINtilation also dropping this year. 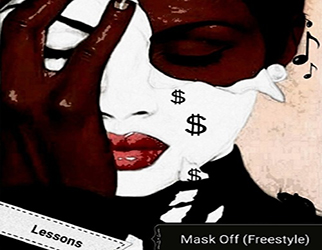