St Paul, MN rapper Taylor J announced he’s releasing his highly anticipatedÂ debut album ‘Who Would’ve Thought‘ next month. To warm us up he’s releasing a short project of remix’s titled ‘Coolin Till My Album Drop’ and decides to let off a remix to Playboi Carti’s Magnolia. 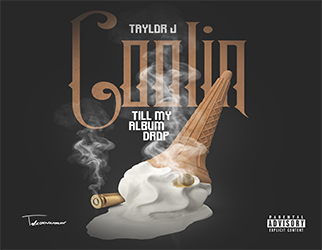