A promising young talent from Brampton Ontario (West of Toronto), Van Hill has steadily released a solid catalog of music that continues to grow his fan base. After dropping an EP titled â€œSad Day At Wonderlandâ€ in November 2016, Van has been working on new music for 2017.

Following up his previous release from April, “Rollin”, the young artist immediately sets himself apart as a true lyricist bringing a more artistic take on the genre. Intelligent word play coupled with a distinct style of signature production, Van Hill and his M5 crew are ushering in a new original sound.

Speaking on the new single, which deals with relationships and women that spread rumors, Van comments â€œI’d fall in love with a girl that says less than she’s supposed to. I’d fuck her a million times to silence. I would much rather hear her voice than to hear these reckless tings talk out loud. Reckless tings and their antics, I take no parts.” Listen to ‘Girls That Don’t Talk Much‘ below. 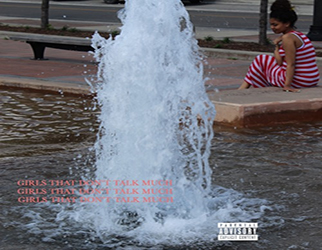