Apollo Brown and Planet Asia are back with ‘Panties In A Jumble’.

Not even a year removed from his collaborative effort with Skyzoo,Â The Easy TruthÂ (which debuted at #3 on the iTunes Hip-Hop chart and #16 on Billboard), Apollo Brown is back and dishing out freshÂ AnchoviesÂ with Planet Asia on their just announced collaborative project; which will be released onÂ 8-25-17Â via Mello Music Group.

Apollo oversaw this project as if he was directing a movie.Â Â The vision and concept were ironed out and the soundscape was set and sequenced.Â Â Once completed, he knew only 3-4 rappers in the world could give him the sound he wanted.Â Â Enter Planet Asia who perfectly fit the role.Â AnchoviesÂ are a dirty, nasty topping that are entirely distinct; and that matches the guttural production and rhymes which Apollo & Planet Asia provide. Â Listen to ‘Panties In A Jumble’ below and pre-orderÂ AnchoviesÂ now. 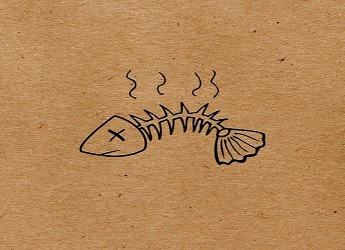