Damar Jackson connects with Yo Gotti for ‘Club Again’.

R&B newcomer Damar Jackson is about to take the music scene by storm. Although, Damar has already had credited success as co-writer and co-producer for K-Campâ€™s hit single â€œComfortable,â€ he wants the world to hear his own voice singing his hits. His single ‘Club Again‘ featuring Yo Gotti, off of his newest project Unfaithful, was inspired by a personal experience of his.

Â â€œI was thinking about my ex and how she really had sex with another n*gga right after we broke upâ€¦so club again means I’m back single and out here living. It’s a celebratory song about a real life situation of me walking back into the club/single life.â€ – Damar Jackson 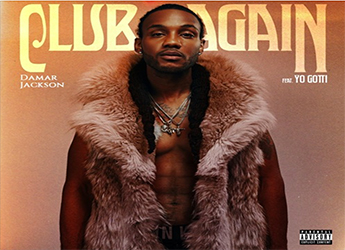