Ill Gordon shares his new single ‘Where’s the Love‘ featuring dat Bizness, the 2nd single from his upcoming album Barzondeck. Over a smooth sonic backdrop provided by Reg Vader, Gordon ponders the age old question ‘where’s the love at?’. Reminiscing back on days where things were rougher and support was less Gordon flawlessly stitches together bars to paint vivid pictures of those who have less than needed. Speaking not only from personal experience but also a general sense of what hardships people are put thru, Gordon tried to offer a view of the less fortunate and how we can reach back and help them forward.

‘The album, which releases on July 26, is 10 tracks deep and gives his fans a more intricate look into his life as a man and as an MC. From the start of the Intro until the last beat of High featuring Vic Spencer, Ill Gordon delivers what his fans expect and crave â€“ beats drenched in funk and soul, drums that will shatter your neck from nodding and lyrics that are worth more than one rewind. 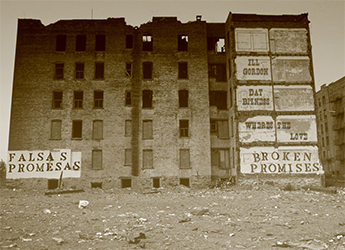