Fresh State members; Steez76D, Kahlee, Ric Scales andPeaky bring you hot summer vibes with their song, ‘BBQ‘. London producer/emcee, Peaky brings a West Coast feel to the production while the four deliver their perspectives in what Will Smith would refer to as “the way that people respond to summer madness.” 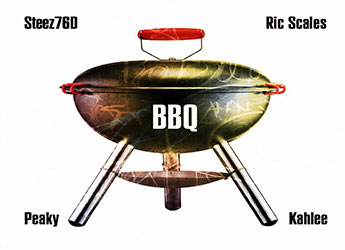