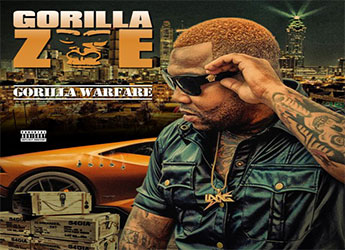 Gorilla Zoe wants you to watch and he will ‘Show N Prove’.

Gorilla Warfare is filled with clever rhymes and catchy hooks, covering playful themes consistent with the lifestyle that is Gorilla Zoe. With the bravado aimed at the fellas and playful braggadocio directed at the ladies and is a must have for all of his fans.

Related:Â Gorilla Zoe â€“ On Me