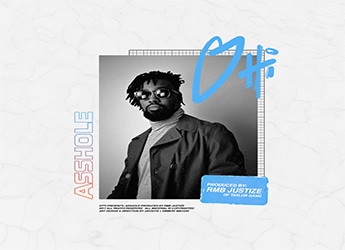 Otti debuts on SpitFireHipHop with ‘Asshole’ produced by RMB Justize.

Following a co-sign from Wiz Khalifa, and numerous collaborations with members of the Taylor Gang imprint, Detroit rapper/vocalist Otti (fka Oskee Mariotti) continues to carve his own unique lane in music with his new single ‘Asshole.’ Produced by Grammy-nominated RMB Justize of Taylor Gang/Atlantic, the song serves as the lead single for Otti’s forthcoming debut project.

“You ever feel like going back to acting like an asshole? She ever get on your last nerves? Well sometimes you just gotta shut the fuck up and deal with it so I made a song venting about a typical night out with the misses.” – Otti