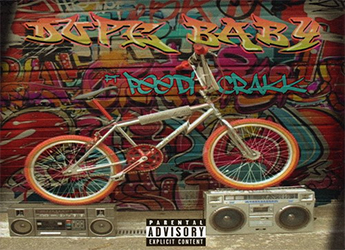 Rising Philly native Shawn Butler teams up with one of his hometownâ€™s finest, rapper Peedi Crakk, for a smooth and bouncy ode to his muse, ‘Dope Baby.’Â The track is creative and clever on all fronts, which shouldnâ€™t surprise anyone following the burgeoning career of Butler. The basketball star-turned-musical artistâ€”he had a college scholarship to play ball but pursued the artsâ€”has been honing his craft for nearly a decade. He most recently made the move to Los Angeles and has worked with the likes of Mary J. Blige and Lil Wayne, all while piecing together his debut EP.

‘Dope Baby‘ finds Butler in the pocket artistically, as he blends a super-catchy production with silky vocals and sharp writing. Itâ€™s impossible to not love the callbacks to classics like Jodeciâ€™s â€œForever My Ladyâ€ and the House Party franchise, while the beat is so infectious it should come with a warning label. And then of course, thereâ€™s Peediâ€™s contribution, which boasts his trademark wit and wordplay combined with his unmistakable cadence.
Support â€œDope Baby,â€ which is now available for stream and download through all major digital retailers, and stay tuned for Butlerâ€™s next project which is currently in the works.