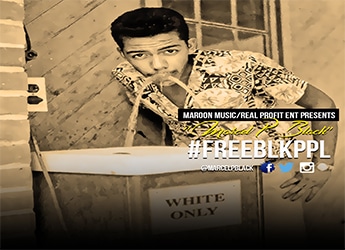 Marcel P. Black speaks to the current climate in the United States with ‘FreeBLKPPL’.

A husband, father, activist and youth development worker, Marcel has organized benefits for National World Aids Day, raised money for the children of Alton Sterling, and regularly speaks on panels and lecturing on the intersection between social justice and Hip-Hop in collegiate and high school classrooms. Marcel says his new single is about “the toxic relationship between Black people and freedom in Amerikkka. It’s about the fear I feel as a father under 45’s regime, as well as the decolonization of the African mind and ending the Slave and Master relationship dynamic between whites and the colony of African America.”