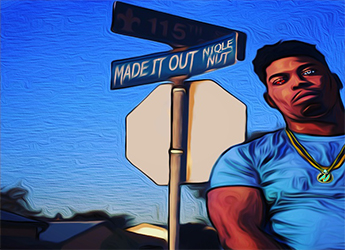 NIQLE NUT drops off theÂ Brilliant produced ‘Made It Out’.

Inglewood, California rapper NIQLE NUT is back with a new single, ‘Made It Out’. The Inglewood artist is back on his grind, meaning heâ€™s a force to take note of. NIQLE NUTâ€™s new song ‘Made It Out’ is emotionally tearing, and sees NIQLE breaking out of his shell, exposing the realities of the environment and life around him. Colld pianos bounce under NIQLE NUTâ€™s ambitiously sorrowing vocals, a song that does all it can to put to listeners in the shoes of NIQLE.