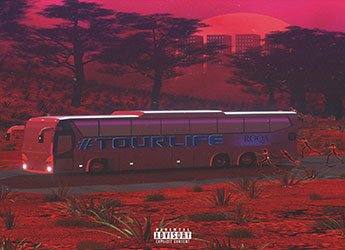 We last heard from RahiTheOne when he released the visual for his ‘#WhiteGirlVoice’ video. The Minnesota rapper/singer/songwriter RajiTheOne is back with a new record ‘TourLife‘ and announces his debut album “Sincerely The Buzz Is Real“, set to release December 15, 2017. Listen to ‘TourLife’ below and prepare yourself for his debut album. Pre-order for the new album is now available.