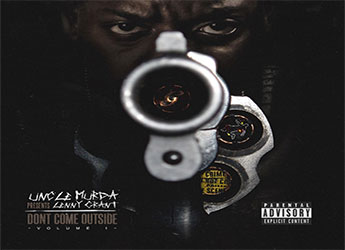 Uncle Murda connects with Jadakiss for ‘No More’.

â€œThe inspiration for “No More” came from there being so many weirdoes out here in the streetsâ€ Murda commented to XXL.Â  â€œI just wanted to salute some authentic street dudes.Â  Some of them I knew and some of them I heard stories about and these stories have intrigued me (even as a lil kid); so I just wanted to pay homage. The reason I picked Jadakiss to be on this song is that there are only a few that can talk that kind of talk and Kiss is one of the greats! I been a fan forever and it don’t get “No More” street certified than that.â€