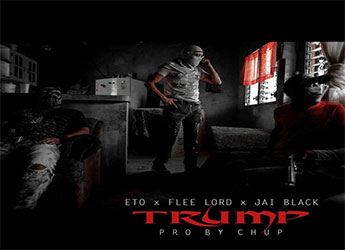 It seems that Donald Trump cannot make the news by doing things that are Presidential. Trump has been in the news for responding to people on Twitter. One person he recently went after is Lavar Ball as a result of Ball’s son’s involvement in an incident in China.

Today Eto, Flee Lord and Jai BlackÂ connect for this new ‘Trump‘ track. The Rochester artist and his team have a few choice words for Donlad Trump and Mike Pence. Eto recently released a collaborative album titled ‘OmertÃ ‘ with V Don. Listen to ‘Trump’ below and let us know what you think.