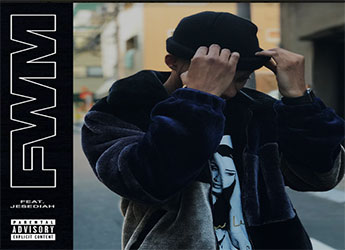 RealName McCoy is back with his latest in ‘FWM’ (Fu*k WIth Me).

Recently featured on Revolt TV’s “Spotlight on Revolt” and on The Source, Realname McCoy releases his brand new single “FWM” featuring Jesediah. Realname McCoy is an up and coming artist whose distinct vocals and playful lyrics have established him as one of the ones to watch. As a former member of D.C.â€™s popular rap duo, Beyond Modern, he gained notoriety as one of the best underground emcees from several outlets including: Refinery 29, Brightest Young Things, and Respect Mag. This new single “FWM” was produced by Reuben James.\