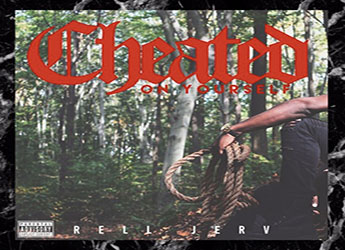 Rell Jerv returns with this new single titled ‘Cheated On Yourself’ produced by The Mak3rs.

“Cheated on Yourself“ drops today from Rell Jerv, the newcomer stemming out of Delaware. The single is the first of three audio buzz tracks, being released, over the next month. Catching the attention of music fans lyrically, Jerv, is taking a backseat to visuals, focusing on the strong audio only. “Cheated on Yourself” was produced by the Mak3rs, his usual production team he stays loyal with for an original sound.