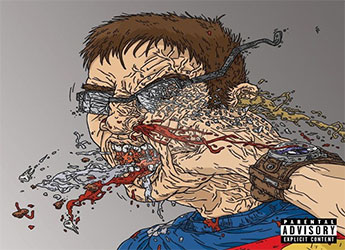 Clypto unleashes another banger from his forthcoming album ‘The Loop‘. ‘Bully Rap‘ features Supreme Cerebral, Alphabetic, and Nowaah The Flood. Clypto has produced for such artists as Ca$ablanca, Jay Holly and SmooVth. Press play and enjoy the sounds and then let us know what you think in the comments below.