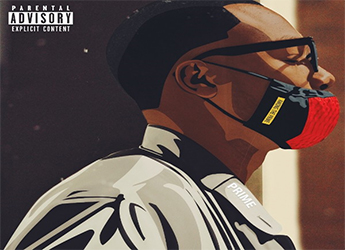 Milwaukee is full of poets, painters, among many other performing arts, but its hidden gem is the underground music scene. Vincent Van Great aims to silence any voices that say, â€œyou cannotâ€ and breakout with his diverse and memorable style.

In 2017 Vincent Van Great found himself coming off an Eric Andre comedy tour, opening for BJ The Chicago Kid on the SummerFest Johnson Control World Sound stage as well as performing at many other big name local and regional festivals with his band Ninja Sauce, to Winning 88nine Radio Milwaukee Song of the year for his ”A Message” Feat New age Narcissism’s Bo Triplex. To kick off 2018 VVG goes in a different direction than his award winning ”A Message”, but keeps the momentum going with his new self produced single ”Hot $h!t”. Van Great recites some mean flows while channeling his inner Swizz Beatz on the production tip. Van Great also adds DJ One L to the mix with a solid blend of Scratches throughout to stay true to his Hip-Hop roots. Dive in and catch the new heat from Vincent Van Great and stay on the look out for much more content in 2018.