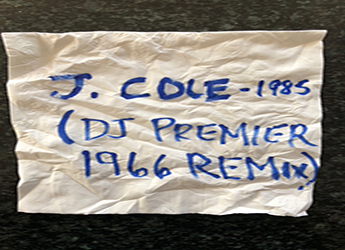 J. Cole is that standard when some people speak about lyricists in this area of Hip Hop/Rap. It sounds like DJ Premier is a fan as well. This is what Premier had to say â€œI bought J. Cole’s KOD LP as soon as it dropped with no warning to the fans; which I too am a fan. â€˜1985â€™ resonated with me immediately, so I asked Cole if I could get the Acapella and do an underground DJ version just for fun.Â  He sent it and I just pieced some stab samples to keep it on some boom bap shit.Â  Here it is!â€