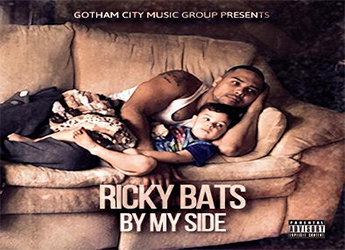 Ricky Bats returns with his new single ‘By My Side’.

The first single “By My Side” is a heartfelt Hip-Hop joint about his youngest son and was released on Father’s Day as a tribute to real father’s everywhere. BATS continues to evolve and you can expect more genuinely relatable tracks on his forthcoming album, currently scheduled to be released in September 2018.