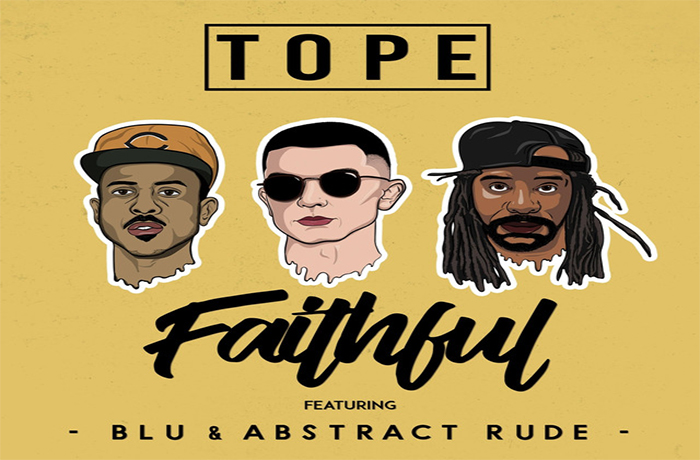 TOPE, along with help from Blu and Abstract Rude talk about being ‘Faithful’.

“The funny thing is I had this beat and chorus done for maybe 6 months before I sent it to Blu,” TOPE explained about his latest release. “I was really just asking Blu if he liked the idea and he sent a full verse back in about 45 minutes! Once I heard that, I knew I had to get Ab Rude on it as well. Same thing, Ab hit me back the next day with a fire verse and no hesitation.”