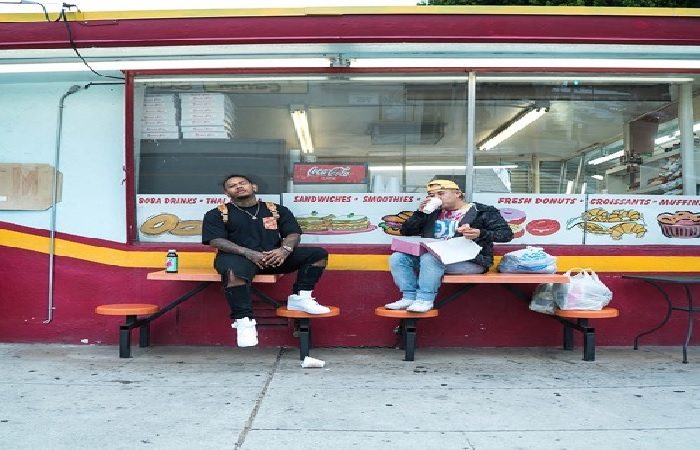 Before all this, he was just Furis from Koreatown, Los Angeles, freestyling and making mixtapes in his bedroom studio. After deciding to take a break from music, Furis took on a different approach with his creativity by picking up a camera to become an independent filmmaker. During his hiatus from music, he opened up his eyes and ears to new types of art and expression. “Positivity” and “going with the flow” started to become the driving forces in his life.

With this newly found inspiration, Furis was reborn as Yung Koconut, with Beach Towel Club as the name of the new movement. Yung Koconut, along with producer Big Banana, and DJ Milkis, established the record label Kloud 10, and he began recording music nonstop.

During his work in cinematography, Furis was hired by a rapper by the name of HDthe1 to shoot a music video for him. Little did they know that years later they would reconnect with each other to collab on a project.Â Also a Los Angeles native, HD was introduced by to hip hop through playing basketball with his friends at an early age. Moving from one place to another, he played semi-professional basketball in the Philippines where he got to learn a lot about his heritage through his mom’s side of the family. As making music became a bigger part of his life, he moved back to Los Angeles, and that’s when he met Furis, the filmmaker.

Fast forward several years, and Yung Koconut and HDthe1 have united to become a songwriting and performance duo that in only a short time has created hip hop music that has everyone talking.