Today, almost fifteen years after his explosive debut, UMe has released Best Of 50 Cent. This is 50 Centâ€™s first â€œBest Ofâ€ compilation, which has been issued on CD, double LP (available 4/7, pre-order here) and at all digital retail outlets. It includes classic cuts from the albums Get Rich or Die Tryin’, The Massacre, Curtis, Before I Self Destruct, Music From And Inspired By Get Rich Or Die Tryinâ€™ The Motion Picture and the In Too Deep Motion Picture Soundtrack. Best Of 50 Cent also features the non-album tracks â€œGet Upâ€ and â€œI Get It In,â€ plus the bonus cut â€œHow to Rob.â€ Among his many legendary collaborators included are Mobb Deep, Akon, Ne-Yo, The Madd Rapper, Nate Dogg, Timbaland, Justin Timberlake, and Olivia, the first woman signed to 50 Centâ€™s G-Unit label.

Backed and produced by Dr. Dre, Eminem, and Mike Elizondo, Get Rich or Die Tryinâ€™ was released in 2003. Its impact was immediate and undeniable, thanks to tracks like â€œ21 Questionsâ€ (featuring Nate Dogg), â€œP.I.M.P.,â€ and the ubiquitous banger, â€œIn Da Club.â€ Get Rich or Die Tryinâ€™ and its combination of gangster grit and dark wit went on to sell over 12 million copies and topped the charts for nine weeks. The album has since been ranked as one of Rolling Stone magazine’s top 50 albums of the (00s) decade.

50 Centâ€™s 2005 sophomore album, The Massacre, sold almost five million units, debuted at No. 1 in the U.S., and earned a GRAMMYÂ® nomination for Best Rap Album. Once again co-produced by the winning trio Dr. Dre, Eminem and Mike Elizondo, as well as Hi-Tek and Scott Storch, The Massacre yielded the hits â€œDisco Inferno,â€ â€œCandy Shopâ€ (featuring Olivia), â€œJust a Lil Bitâ€ and â€œOutta Controlâ€ (featuring Mobb Deep), with â€œCandy Shopâ€ hitting No. 1 and â€œOutta Controlâ€ peaking at No. 6 in the U.S. That same year, 50 Cent made his acting debut in the semi-autobiographical movie Get Rich or Die Tryinâ€™. Its soundtrack produced the hits â€œHustlerâ€™s Ambition,â€ â€œBest Friendâ€ (with Olivia)â€ and â€œWindow Shopper,â€ all featured on this compilation.

In 2007, 50 Cent’s third album Curtis debuted at No. 2 on the Billboard 200 and featured the singles “Ayo Technology” (featuring Justin Timberlake and Timbaland), “Straight to the Bank,” “I Get Money” and “I’ll Still Kill” (featuring Akon), all included here. The hits “Baby by Me” (featuring Ne-Yo), from 2009’s Before I Self Destruct, “Get Up” and “I Get It In” (both non-album singles) are also included on Best Of 50 Cent.

Closing with Fiftyâ€™s debut single â€œHow to Robâ€ (featuring The Madd Rapper) from the In Too Deep Motion Picture Soundtrack, Best Of 50 Cent is a career-spanning chronicle of one of musicâ€™s most compelling and influential rap artists, 50 Cent.

For true 50 Cent fans and collectors alike, this release is a first of its’ kind, and a must have. Relive classic after classic from the NY hit-making giant with Best of 50 Cent. We would greatly appreciate any posting consideration for this release, and I have a limited number of samples if interested. 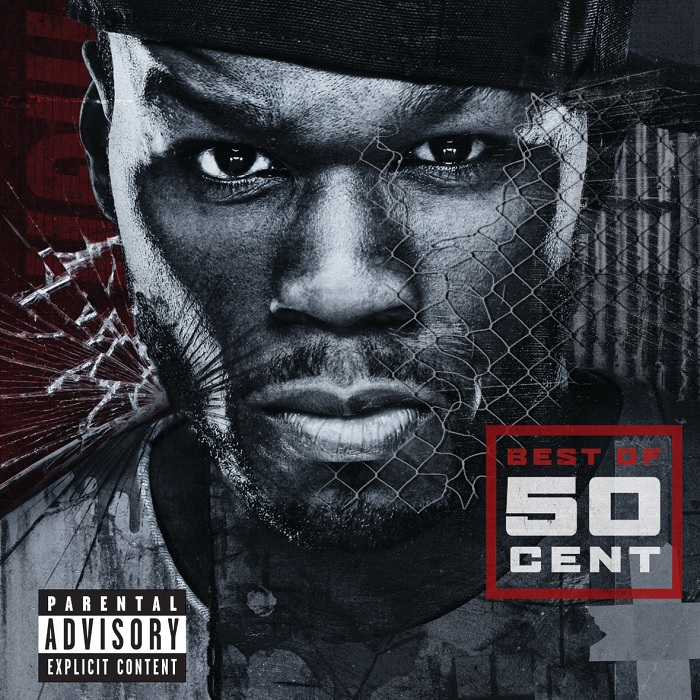