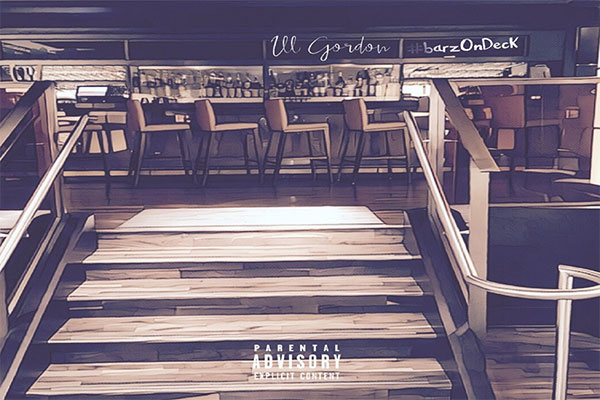 ILL Gordon‘s new album, ‘#Barzondeck‘ is set to deop soon. ILL Gordon is known for his lyrical prowess and has always expressed creativity over gimmicks with consistency over the span of his career, both as a solo artist and as part of the group SUBSTANCEMUZIK.Â  Born and raised on the south side of Chicago,Â Gordon became known for his fierce raps and keen punch lines all across the Midwest opening for the likes of Black Milk, Talib Kweli, The Lox, Mobb Deep, Slum Village and others.

Following the success of his debut singles ‘High’ featuring Vic Spencer and ‘Whereâ€™s the Love‘ featuring Dat Bizness, Ill Gordon is releasing his sophmore album as a solo artist ‘Barzondeck’.Â Â  The offering is 10 tracks deep and gives his fans a more intricate look into his life as a man and as an MC.Â From the start of the Intro until the last beat of â€œHighâ€ featuring Vic Spencer, Ill Gordon, and his production partner for the album Reg Vader, deliver what Gordonâ€™s fans expect and crave â€“ beats drenched in funk and soul, drums that will shatter your neck from nodding and lyrics that are worth more than one rewind. It is set for an August 2 release date.