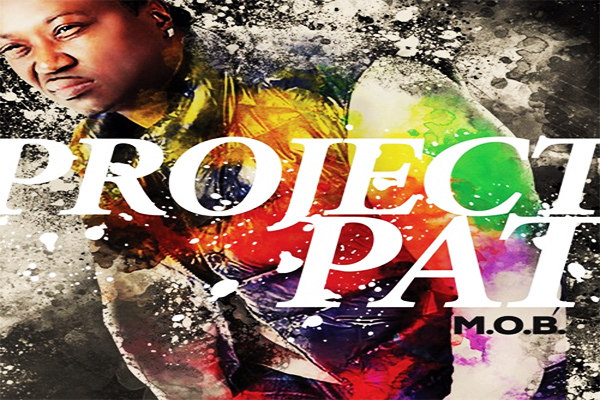 Originating from Memphis, TN, Project Pat began his career by making appearances on his brother Juicy J and DJ Paulâ€™s early releases.Â  After serving several years in prison for robbery charges and disappearing from recording, he re-emerged in 1999 with the solo album,Â Ghetty Green, which was released on Juicy Jâ€™sÂ Hypnotize MindsÂ label. He then became an unofficial member of Juicy and Paul’s newly established groupÂ Three 6 Mafia; and first gained mainstream attention when he provided the hook for the group’s hit single “Sippin’ on Some Syrup.â€

Project Pat released his breakthrough second studio albumÂ Mista Don’t Play: Everythangs Workin’Â (which went Platinum) and the projects singles “Chickenhead” and “Don’t Save Her” gained heavy national radio airplay and became staples on BET & MTV. Shortly after the release ofÂ Mista Don’t Play, Pat was charged with a parole violation and began a four-year prison sentence after illegal guns were discovered in his car during a traffic stop.

After his release from prison in 2005, Pat released his highly-anticipated Crook by da Book: The Fed StoryÂ album and aided by the first single “Good Googly Moogly” featuring DJ Paul and Juicy J made an immediate impact on the Billboard charts by selling 40,000 copies in its first week.

After Pat released Crook by da Book, he secured a release from Columbia Records and signed with E1 Music to release his fifth studio album Walkin’ Bank Roll (which debuted at #45 on the Billboard 200) and his sixth studio album, Real Recognize Real was his first release for Asylum Records and it included his hit single â€œKeep It Hoodâ€ featuring OJ Da Juiceman and it debuted at #8 on Billboardâ€™s Rap Chart.

In 2015 Project Pat released Mista Donâ€™t Play 2 in a joint deal with Wiz Khalifaâ€™s Taylor Gang Entertainment, which featured appearances from Khalifa, Wale, Ty Dolla $ign, Juicy J, the late Doe B and production from Mike WiLL Made It.

Now, Project Pat announces his ninth-solo album, M.O.B., which will be released on 9-8-17 by Cleopatra Records.