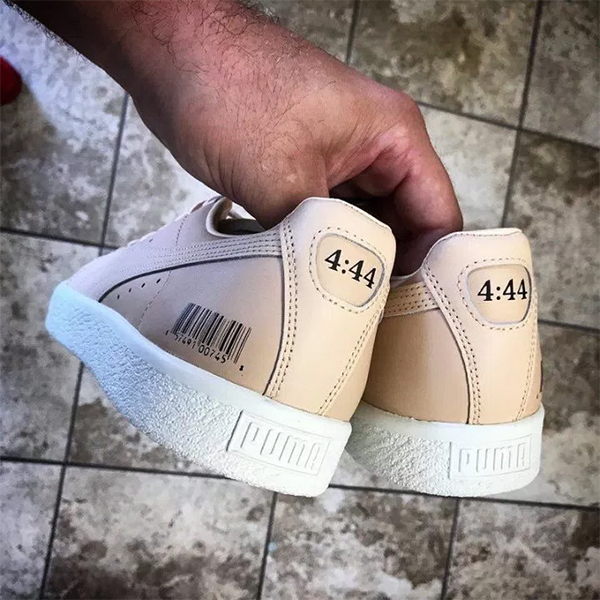 Just a few weeks ago we received the word thatÂ PUMA and Jay Z partnered for the 4:44 TourÂ and when the brand confirmed the sponsorship of the tour, a brief mention to future projects was mentioned.

While there has not been any official word fromÂ PUMAÂ or Roc Nation regarding a future footwear collaboration release, samples of the â€œ4:44â€ PUMA Clydes surfaced today on Twitter by @sneakerboxclyde featuring the â€œ4:44â€ branding on the heel and barcode towards the back of the side panel. The sample appears to be a customized version of the vegtanÂ Puma Clyde NaturalÂ that is currently in stores now. 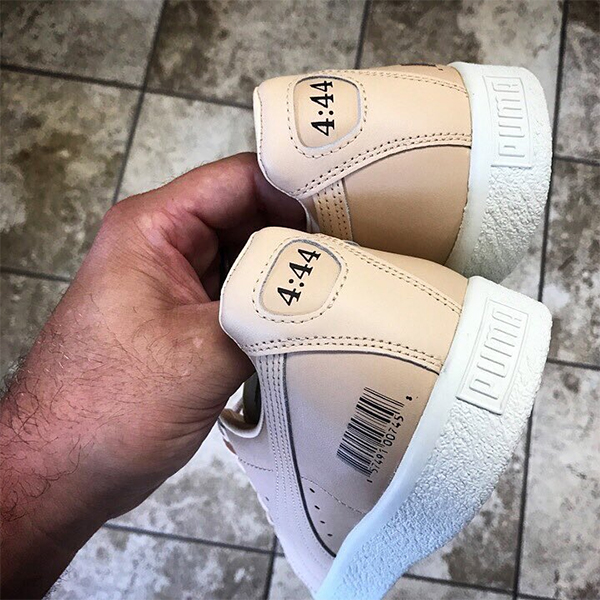