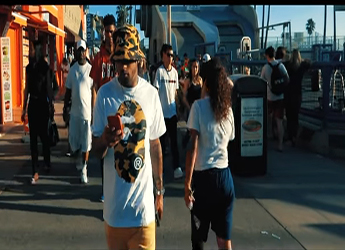 After dropping numerous mixtapes, the first Jet Life recording artist released his official debut album, Late Nights, Early Mornings, on 5-11-18 via Jet Life/EMPIRE and it debuted in the top 20 on the iTunes Hip-Hop chart. Late Nights, Early Mornings is the embodiment of years of grinding; and also promises to make Fendi a household name. â€œThis is my greatest work to dateâ€ Fendi stated. â€œIâ€™m excited for people to hear it and hear how much I have progressed.â€

While the name change may throw fans off for a second, it was part and parcel of his evolution as an artistâ€”and as a person. â€œAs Corner Boy P, fans got to see me grow and develop as an artist. However, there are things I want to accomplish as an artist and as a man. I want to share my story and be a mentor in my community. If I want to visit a school as Corner Boy P, I do so with pre-conceived ideas of who I am and with negative connotations. So moving forward, its Fendi P; we all grow and mature.â€