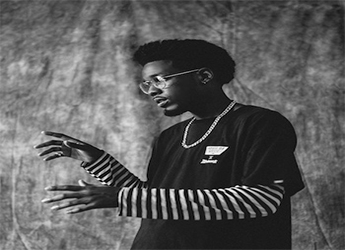 Becoming known as the sound of Brooklyn R&B, Adrian Daniel, who recently wowed audiences at the Volkswagen Jetta 2019 launch event in Brooklyn, offered up another impressive body of work with his new album, â€˜FLAWDâ€™. The project released March 2nd, 2018 via 1990 Records / Empire to high praise. Today Adrian has unveiled an emotionally-charged video for his hypnotic song, â€œRoxanneâ€. Directed by Carmelo Varela, the artistic, crimson-filtered video immerses the viewer in the throes of a crumbling relationship.

When asked about the inspiration behind the video, Adrian shared, â€œIn making this video we wanted to capture the headspace I was in when I made this song. Roxanne is about having a conversation about something coming to an end and the video is just an extension of that but instead Iâ€™m speaking to myself thinking someoneâ€™s there but they arenâ€™t. Which is something we do as humans everyday when we have something on our minds.â€