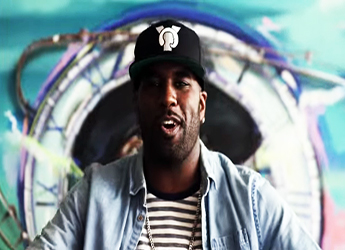 It is the time of the independent artist. One such emcee has been carving out an impressive career for himself, becoming a blueprint for indie success – Yonas. He’s independently sold hundreds of thousands of units and accumulated hundreds of millions of streams – consistently earning himself slots on the iTunes and Billboard charts. In addition he has performed with the likes of Macklemore & Ryan Lewis, Wale, Juicy J, Logic, and more.

Yonas is slated to release his new album ‘About Time’ on June 29th. Today he’s dropped the video for his highly motivational single “Legacy” which features graffiti artist Nicholai Khan.