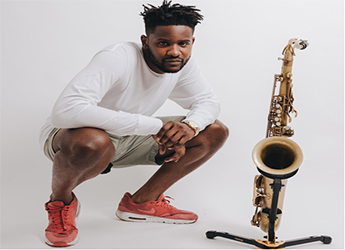 Heavily inspired by music videos from the ’70s like Earth Wind And Fire’s “September” and Michael Jackson’s “Don’t Stop Til You Get Enough,” dynamic Philly artist Dahi Divine (aka Sleepy Dah) recreates an old school feel in the psychedelic music video for his funky new autobiographical single “Awbury Visions.”

“I wanted to write a song about my story in general. The reason itâ€™s called ‘Awbury Visions’ is because Awbury Arboretum is one of the first places where me and my homies started cutting class, smoking, taking girls to hang out, a lot of things.Â  Itâ€™s one of the first places where I realized what I was trying to do and who I wanted to be around. We talked about rapping and making music and beats. Thatâ€™s when I realized that I wanted to be involved with hip-hop and be apart of the youth movement in music, as well as play jazz.Â  Awbury Arboretum is a place where a lot of things happened for me and helped me manifest my vision. And, it was a great getaway for me, in the middle of uptown Philadelphia..“Â -Â Sleepy Dah