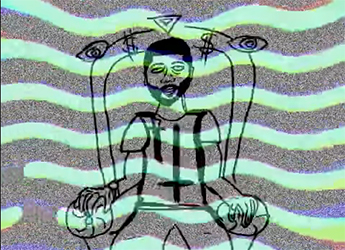 TwonDon is back with his new animated visual for ‘360’.

Back in May, TwonDon released what was labeled “his greatest work yet ‘Been Dead.’ a 5- song EP. A popular cut off of ‘Been Dead.’ called “360” which garnered over 25,000 streams since then now has a visual representation.

Twon has a history of animated single covers, album covers, etc. so he continues to follow tradition with this new video. For each bar the video gives the viewers a break down of everything being said. Watch below!