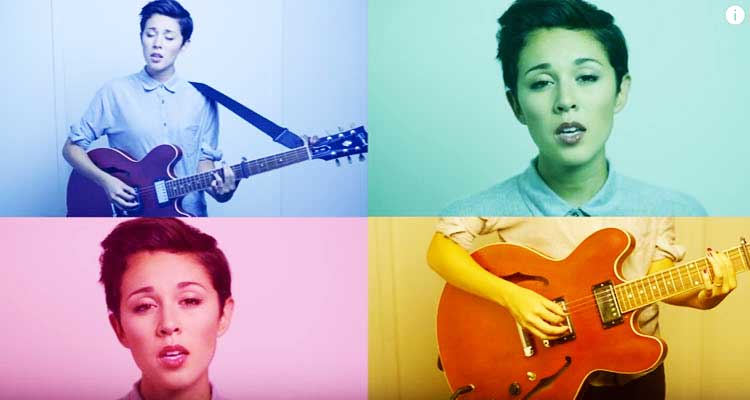 Youâ€™ve probably heard by now that major publishers and Facebook are in a battle for legitimacy.

The major publishers (namely UMG) have been getting Facebook to remove all cover videos using their songs. Publishers want Facebook to pay massive upfront advances and share in the ad revenueÂ from video ads in exchange for synch licenses for videos containing their songs. If they come to an agreement, the publishing companies will allow Facebook to keep these â€˜unauthorizedâ€™ cover videos up. Until, then, though, they will continue to get ripped down.

For the record, Facebook should payÂ for the use of songs on the platform. And songwriters should be compensated for this. The problem is, Facebook is not battling with songwriters for licenses and payment splits. Facebook is battling with major publishers â€“ who are, of course, looking out for their own best interests (not their songwriters). Donâ€™t believe me? Then why are so many songwriters suing their publishing companies for unreported (or underreported) revenue? And why are major publishers demanding up front advancesÂ (like they did with YouTube) that never get passed down to their songwriters? Why are the majors so damn opaque with their reporting practices? If they have nothing to hide, then be transparent!

I full-heartedly believe that Facebook (and every platform) should license and pay for the use of music, however there are more ethical ways to do this other than bowing down to major publishers and labelsâ€™ demands just because they hold the market share (leaving artists and songwriters out in the cold). It wouldÂ be really great if we could come up with common sense licensing that helps songwriters AND publishers. Like how ASCAP, BMI and SESAC pay 50% to publishers and 50% to songwriters directly. ItÂ would be kind of great if there was some kind of synch licensing organization that dealt with the new category of â€œmass-synchâ€ videos like on Facebook and YouTube â€“ because the current laws in place do not reflect the realities of the world we live in. The laws havenâ€™t caught up. And will never catch up. So we need to figure out how to come to fair agreements without relying on the laws changing.

That being said, there are other ways to make money, legally, off of your cover song recordings. First off, though, you need to get a mechanical license to release the cover song (remember, not video, song). You can get one viaLoudr, Easy Song License or HFAâ€™s Songfile. Once you have this, you can legally release the cover song (without permission from the publisher or songwriter).

Hereâ€™s how to make money off of the song:

Believe it or not, some people still download music. iTunes is still the most popular download store in the world and even though its revenue is rapidly declining (with rumors it may close up shop completely by 2018), some artists are still earning serious dough on iTunes, Google Play, Amazon and the bunch).

Bandcamp deserves to be in a category of its own. Whereas iTunes is like the Walmart of music, Bandcamp is your local, mom and pop shop where you drop off your discs to sell on consignment. Yes, Bandcamp has a digital download store (that you, the artist, manages yourself â€“ without having to work through a distributor) with a â€œname your priceâ€ option (where someone once paid me $20 for a single and $200 for an album), but Bandcamp also has a subscription service (ala Patreon) where fans can pay you a bulk amount per year or per month, on an ongoing basis, and can receive all the music you release along with exclusive content.

Many YouTubers realized that the ad revenue they were getting from YouTube was impossible to survive on (even with their millions upon millions of plays), but they had many fans willing to support them directly. Patreon was created by Jack Conte (of Pomplamoose) for thisÂ exact reason. If youâ€™ve built up a fanbase from your cover songs, you can get them to support you via Patreon.

Whereas you wonâ€™t get paid from AM/FM radio from your cover song spins, you will from digital radio platforms like Pandora via SoundExchange. Make sure you are registered with SoundExchange and that they have a catalog of your songs. Itâ€™s worth letting them know every time you release a song to make sure they are looking for it and know where to send your royalties.

Like Pandora, you can get paid for your cover song on Sirius/Xm Satellite radio via SoundExchange royalties.

Spotify, Apple Music and the rest will pay you, the artist (via your distribution company) for every stream. If you get your cover song included in a hot playlist you could generate millions of streams (which can really add up). Haley Reinhart got her cover of â€œCanâ€™t Help Falling in Loveâ€ included in the Acoustic Covers Spotify playlist which helped propel that song to 33 million plays. Birdyâ€™s Bon Iver cover of â€œSkinny Loveâ€ is also included on that playlist and has 178 million plays. Kina Grannisâ€™s cover of â€œChandelierâ€ has 31 million plays on Spotify in part from her many playlist inclusions.

Unlike Facebook, YouTube is licensed by all major publishing companies and you can legally put your cover video up on YouTube (and get paid on the views) IF you go about it properly. We Are The Hits allows you to upload your cover video to their site, they will then post it to your YouTube channel, properly monetize it, pay the publisher of the song and pay you 40% of the ad revenue generated from the video. To my knowledge, they are the only company doing this right now that has agreements with all major publishers and many of the biggest indies. If you know of any others please let me know in the comments!

Contact the publisher of the song youâ€™re covering and offer them the master to pitch for synch licensing. Since they own the rights to the publishing and you own the rights to the master, let them know youâ€™ll clear the song for whatever they can get for the synch license (50/50 split). Who knows, it could be used for a Super Bowl ad like this Coldplay cover by Clairity. Guaranteed, Clairity earned a pretty penny for this usage (as did Coldplay for writing the thing).

And, if your cover gets on TV (whether itâ€™s in a commercial or TV show/movie), you can earn SAG-AFTRA royalties. And these definitely add up. I was once in a Bud Light commercial (as an actor â€“ yeah I do a bit of that too, hell itâ€™s LA, why not?), and in SAG-AFTRA residuals, I got about $10,000 A MONTH for as long as it was on the air. That was for hanging out at a (fake) barbecue holding a can of Limearita and laughing on cue a lot. If your song gets in a commercial, youâ€™ll make about the same because youâ€™re treated as a voice over actor. Many commercials run about 6 months, that could be $60,000 just in SAG-AFTRA residuals. If, however, SAG-AFTRA doesnâ€™t have your mailing address they wonâ€™t know who to pay. You can check here to see if you have outstanding royalties. Or contact SAG-AFTRA directly and give them your info when you have music played on TV.

Ari Herstand is the author of How To Make It in the New Music Business, a Los Angeles based singer/songwriter and the creator of the music biz advice blog Ariâ€™s Take. Follow him on Twitter: @aristake